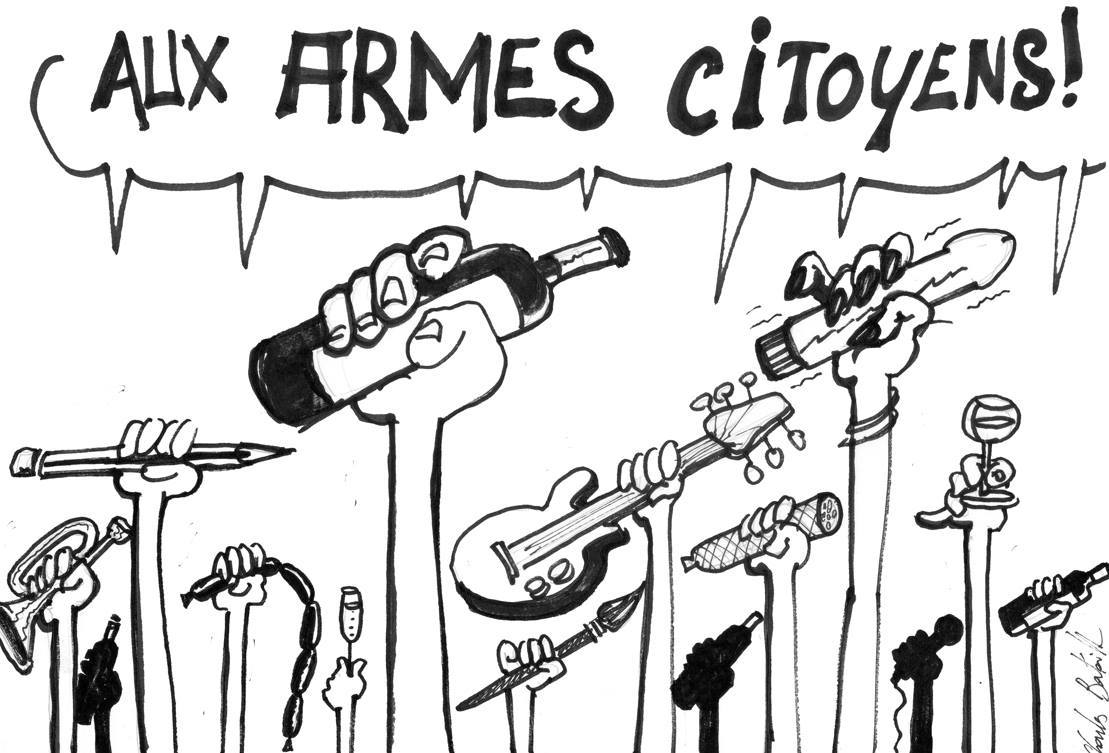 Following November 2015 Paris attacks, Charles bataille published a series of press drawings on his Facebook page and some of them were massively liked, shared and commented.

In reaction to Paris tragic attacks, Charles Bataille started to express his fellings with a black pencil and did a serie of press drawings like he did after Charlie Hebdo Paris Attack in January 2015. This time he decided to create a 2nd version of the drawing "Aux armes citoyens" which is the title of the French National Anthem. 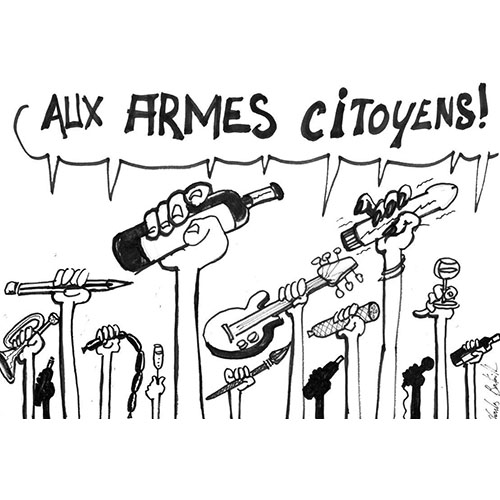